A Stitch in Time: The European Knitting Guilds 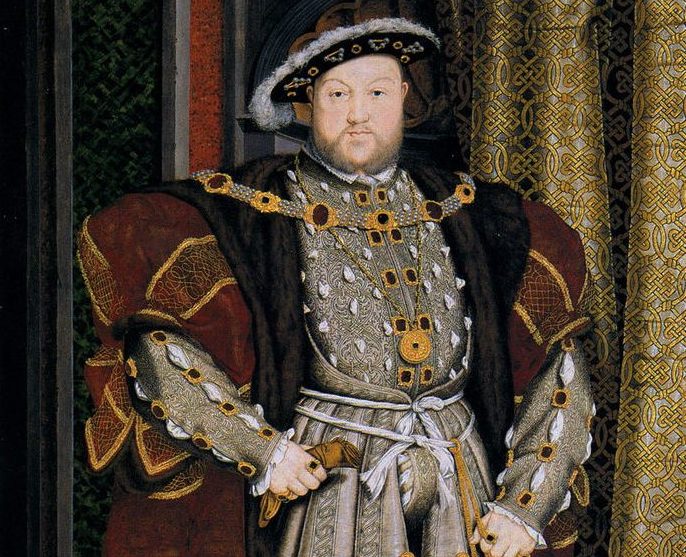 04 Jan A Stitch in Time: The European Knitting Guilds

ifarm will be hosting a Knitting Night on February 16th, welcoming men and women to come join the craft circle.

Women dominate today’s knitting world, but knitting was not always considered feminine. In fact, when knitting made its way to Europe in the 14th century, it was dominated by male guilds. These were men who took knitting very seriously and looked unfavorably on unlicensed knitters selling knitwear, especially women.

What Were the Knitting Guilds?

Knitting guilds formed to control a very lucrative knitwear market from the 15th to the 17th centuries. Fine knits were at the height of clothing styles, synonymous with embroidery and lace. Master Knitters originally knit with cotton and silk, but when they started using wool they also created a high-quality weather gear. Today we have wicking, waterproof Gore-tex and synthetic insulation, but from the late medieval ages through the industrial revolution there were knitted sweaters (and eventually oilcloths) to keep off the rain and insulate even when wet.

The European knitting guilds were born in the 14th century when knitting began to filter into Europe
from the Middle East. Knitted socks and stockings were very popular because they were more elastic and sleek than other clothing styles. Knitted stockings came to be a statement of wealth: In 1566, King Eric of Sweden owned twenty-seven pairs of silk stockings imported from Spain, each pair costing the same as his valet’s ANNUAL salary. 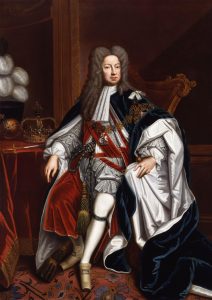 King George I showing off his knitted stockings

At first, the knitting guilds were little more than informal knitting meetings. As knitwear gained popularity the guilds grew into seriously powerful organizations that controlled the prices of knitwear, the livelihoods of professional knitters, and used their money and prestige to influence politics. To give an idea of their power, in 1514 the knitters were one of the six premier guilds in Paris.

Knitting was so useful that it made its way into the homes of the common folk: It was a simple way to make warm clothing from scratch, a method even a child could learn. Women were involved in knitting for their communities, but only men could apprentice to become master knitters, sell fine knitwear, or learn the advanced skills of knitting. 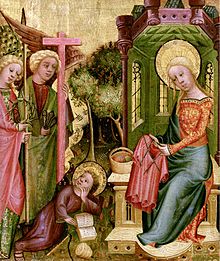 By the 16th century, knitting was commonplace enough that the Madonna had become a knitter.

The European guild knitters mostly focused on extremely high-quality knitwear (with extremely high prices) for the upper classes. Knitters started their career as apprentices, doing menial chores and learning knitting basics for three years. Then they became journeymen who traveled Europe to learn new styles, buy rare wool, and ensure their master stayed abreast with current fashions. To become a master, English knitters had thirteen weeks to knit a beret, a sweater, a pair of stockings, and a rug measuring 2×3 meters.

The End of the Guildsmen

The Knitting Guilds were one of the first organizations to be replaced by automation. Knitting machines were invented in the 16th century that could knit 17,000 stitches a minute, a feat that an experienced guild knitter could not even approach.

When synthetic fibers and modern chemistry began making lighter, warmer materials, knitting was firmly moved to the spheres of craft and art.

Over the past century, the knitting world was embraced by women.

We say this craft can be embraced by both men and women – and why not? Knitting is a creative, meditative art that produces warm clothes. Art comes from passion, not gender.

Join us for Knitting Night

Turnau, I. (2000). Retrieved from http://www2.cs.arizona.edu/patterns/weaving/articles/nb82_knt.pdf