The Many Medicinal Uses of Plantain - ifarm LLC
18546
post-template-default,single,single-post,postid-18546,single-format-standard,theme-bridge,bridge-core-1.0.6,qode-quick-links-2.0,woocommerce-no-js,tribe-no-js,ctct-bridge,ajax_fade,page_not_loaded,,vertical_menu_enabled,side_area_uncovered_from_content,footer_responsive_adv,columns-3,qode-child-theme-ver-1.0.0,qode-theme-ver-18.2,qode-theme-bridge,disabled_footer_top,qode_header_in_grid,wpb-js-composer js-comp-ver-6.0.5,vc_responsive

The Many Medicinal Uses of Plantain

18 Jul The Many Medicinal Uses of Plantain 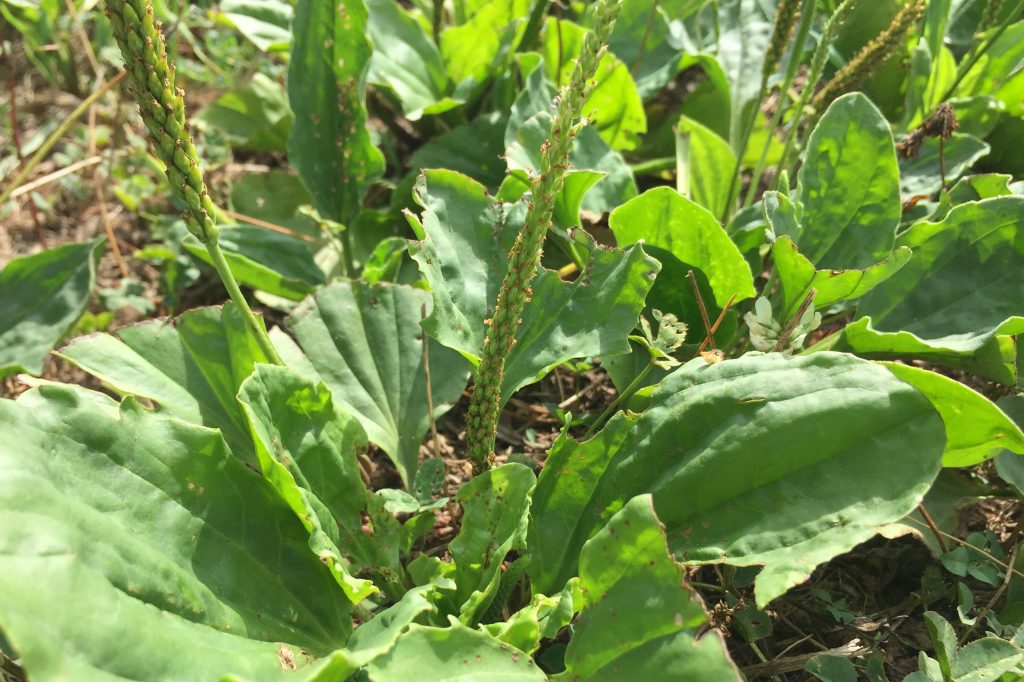 You’ve probably seen the world’s most widespread medicinal plant, but you might not have realized that’s what you were looking at. Plantago major, often known as plantain or plantain leaf, is found around the world. It flourishes in sunny areas, so you’ll often find it growing in among the grass. Though it is native to Europe and Asia, it likely came to the United States with colonists in the eighteenth century. It flourished in colonial camps where felled trees yielded abundant sunlight, which earned it the common name “white man’s footprint.” (x)

What is most notable about plantain, however, is its medicinal properties. Despite its weedy appearance, it’s packed with antioxidants, which the plant uses to protect itself from UV damage. It also works as an anti-inflammatory, and contains a compound that supports liver health. It encourages the formation of new blood cells, and the World Health Organization has approved its use for various digestive maladies. (x)

Chewed up and applied to a wound or insect sting, plantain can offer soothing pain relief. It’s also been used historically in poultices and salves, and as a remedy to a myriad of conditions, from sore throats to diarrhea.

To see plantain in action, join us on July 24th for our workshop, Making Herbal Tinctures and Infused Oils with Herbalist Margi Flint. Margi will be teaching us to make various remedies for our home medicine chests, including a salve containing plantain! It promises to be an amazing workshop.