The Hops Are Growing 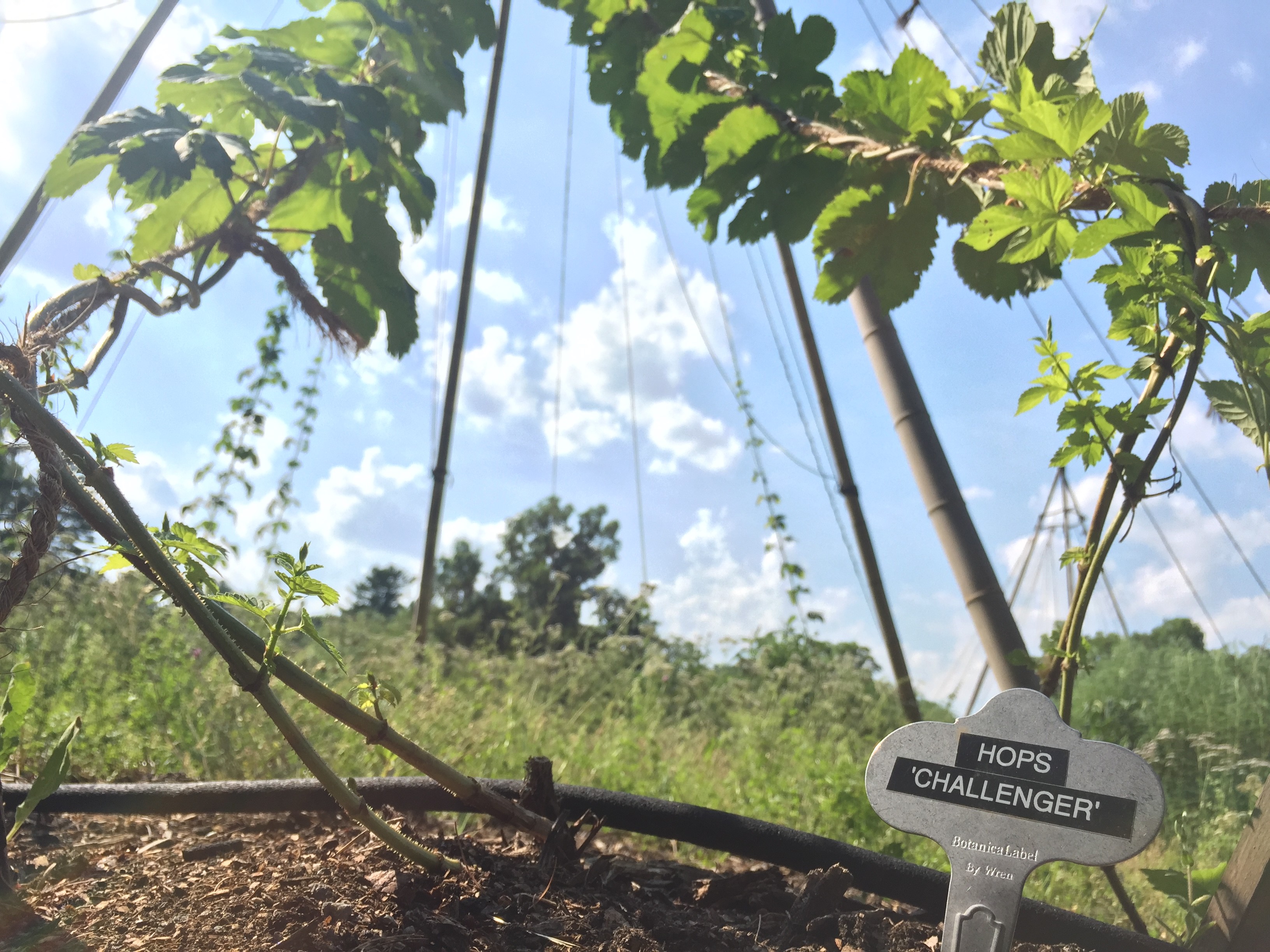 06 Jul The Hops Are Growing

The hops are beginning their spiraling journey up their trellises. The bines (similar to vines) are slowly establishing themselves in the growing season, but by mid-summer they will be racing up the lines at two to eight inches a day! In late summer the lupulin-rich strobiles, the hops harvest, will start to fill the air with hops’ characteristic citrus aroma. 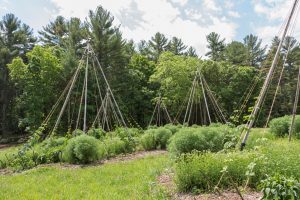 Over the course of three years we have narrowed our hops from five varieties (Challenger, Willamette, Horizon, Liberty, and Northern Brewer) down to two that thrive in our New England soil, Challenger and Willamette. The production difference was incredible: After two years, Challenger was producing pounds of hops when Horizon was producing ounces. This transition to two varieties will take time; the new hops plants will need three years to reach their full production potential.

Each week we cover our hops growing methods in our workshop, Permaculture Gardening Through the Season. Local hops growers and brewers come check it out!

Today, most beer uses some amount of hops, but that was not always the case. Beer-brewing monks in Bavaria, Germany were the first to record the use of hops. They found that the bitter acids in hops balanced out the sweetness of their malted beers, while the essential oils were an antiseptic that lengthened the shelf life and increased the speed of fermentation. We can only guess how excited they were! 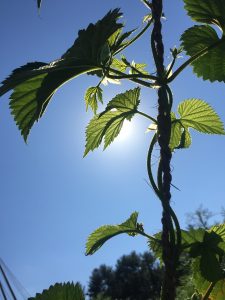 Of our two varieties, Challenger is a more dual-purpose hop: It has enough acids to offer a fruity, clean bitterness and the essential oils to give a strong, spicy aroma. Willamette is the king of aroma hops in the U.S., with a mild bittering value but a lovely aromatic blend of fruit, earth, flowers and spice notes in the oil.

Our intention with these hops is to be a part of the craft beer movement and to reclaim some of the hops heritage of New England. In the 1800s, New England was a major hops producer, but disease and easier growing conditions brought many growers to the Pacific Northwest. Today, most New England brewers source from the Northwest or internationally. We are speaking with small, local craft brewers to create a line of beer with local, New England grown hops.

Hops also has medicinal properties. For the herbalists out there, we are doing a workshop with Margi Flint on July 24th that will certainly cover hops: Making Herbal Tinctures and Infused Oils. 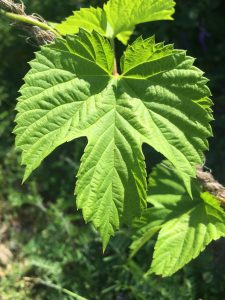