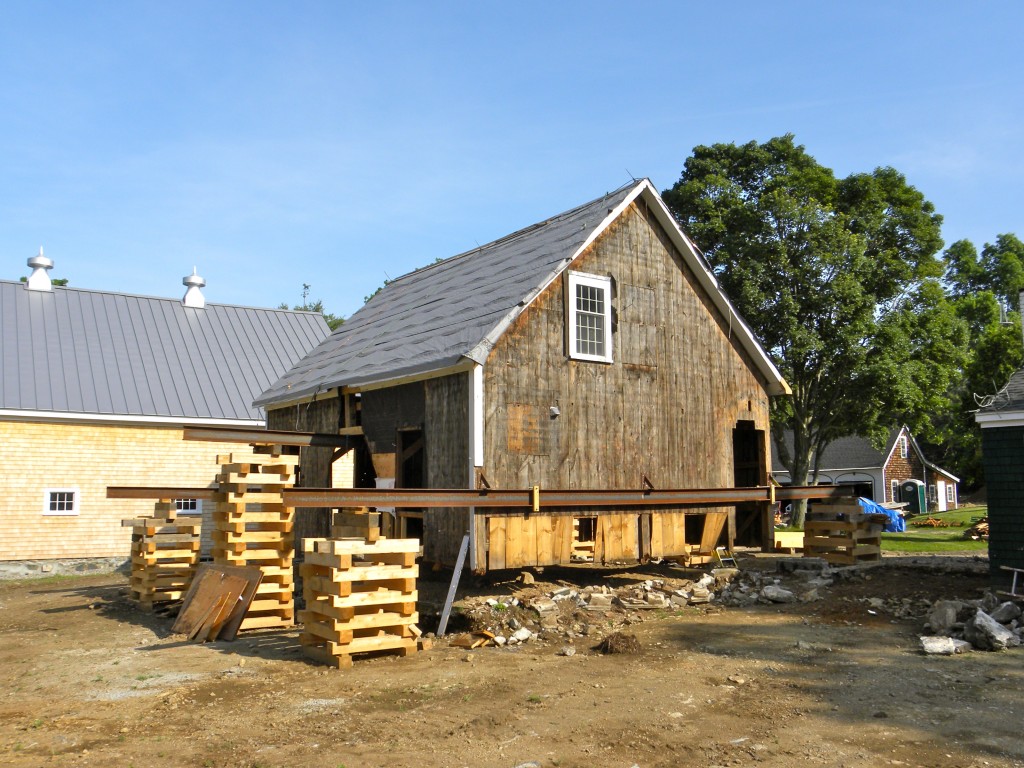 From ifarm’s inception in 2009, our team has worked diligently to research, design and restore the existing barn, farmhouse, and carriage house. This painstaking process has restored the old Towne Farm to its original glory. 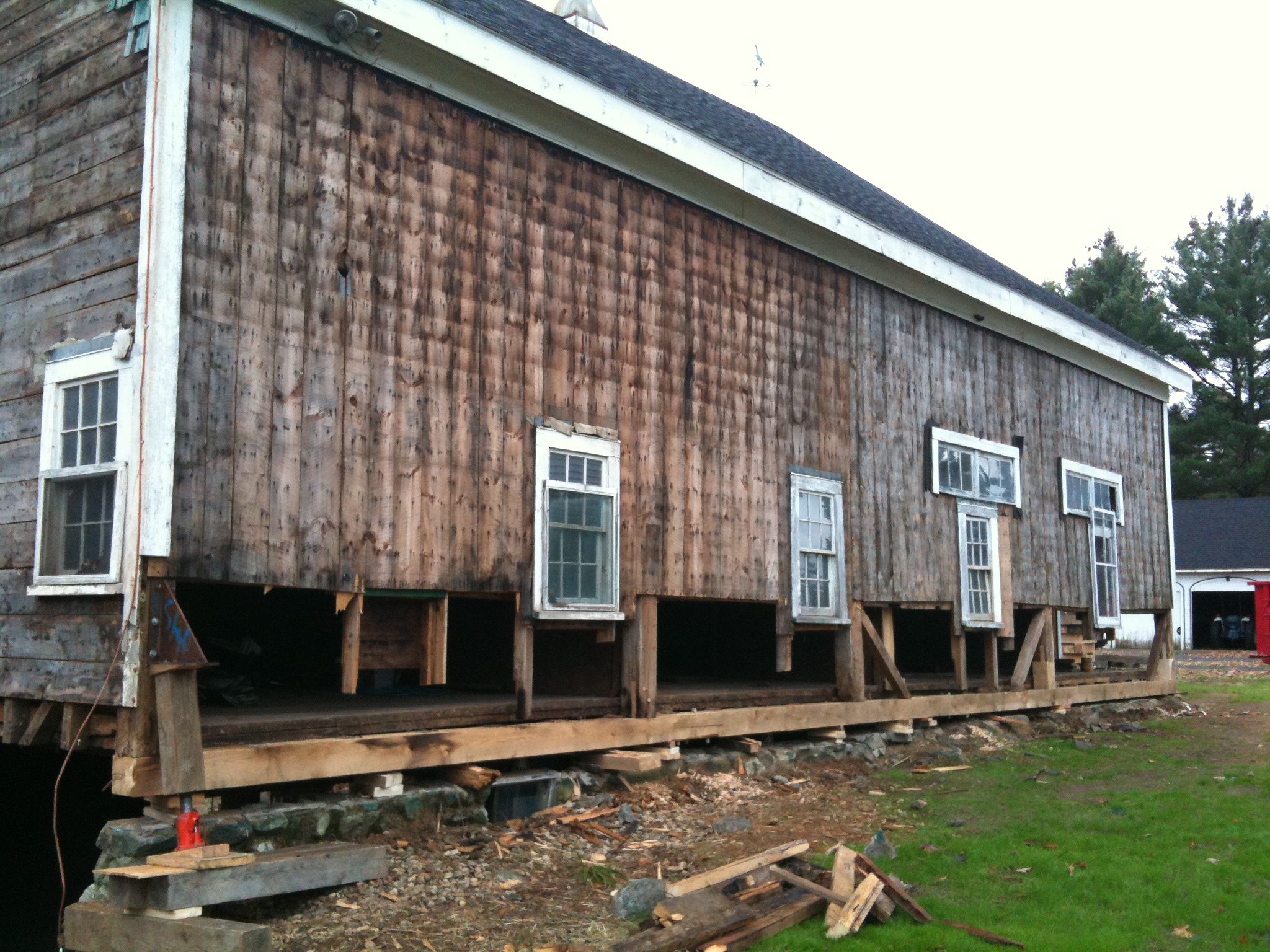 The original barn at ifarm (constructed ca. 1800 by Asa Towne for his father, John Towne), was a hand-hewn English frame (eave entry)  sheep barn with a ridge line that went east/west. Later, in the mid-1800’s, the barn was converted into a Yankee hay barn (gable entry) by Samuel Towne, who changed the direction of the ridge line to north/south and added two additional bays to accommodate dairy cattle.

The carriage house is located between the barn and farmhouse. It was raised on April 20, 1858, under the supervision of Henry A. Towne. It stored grain in addition to carriages. In the 1920’s the loft was converted into an apartment to provide lodging for hired hands. Later, in the 1950’s, the main floor was turned into a game room and by the 1990’s, it was connected to the farmhouse and served as a master bedroom. Today the carriage house has been returned to its original condition and serves as a equipment maintenance room. 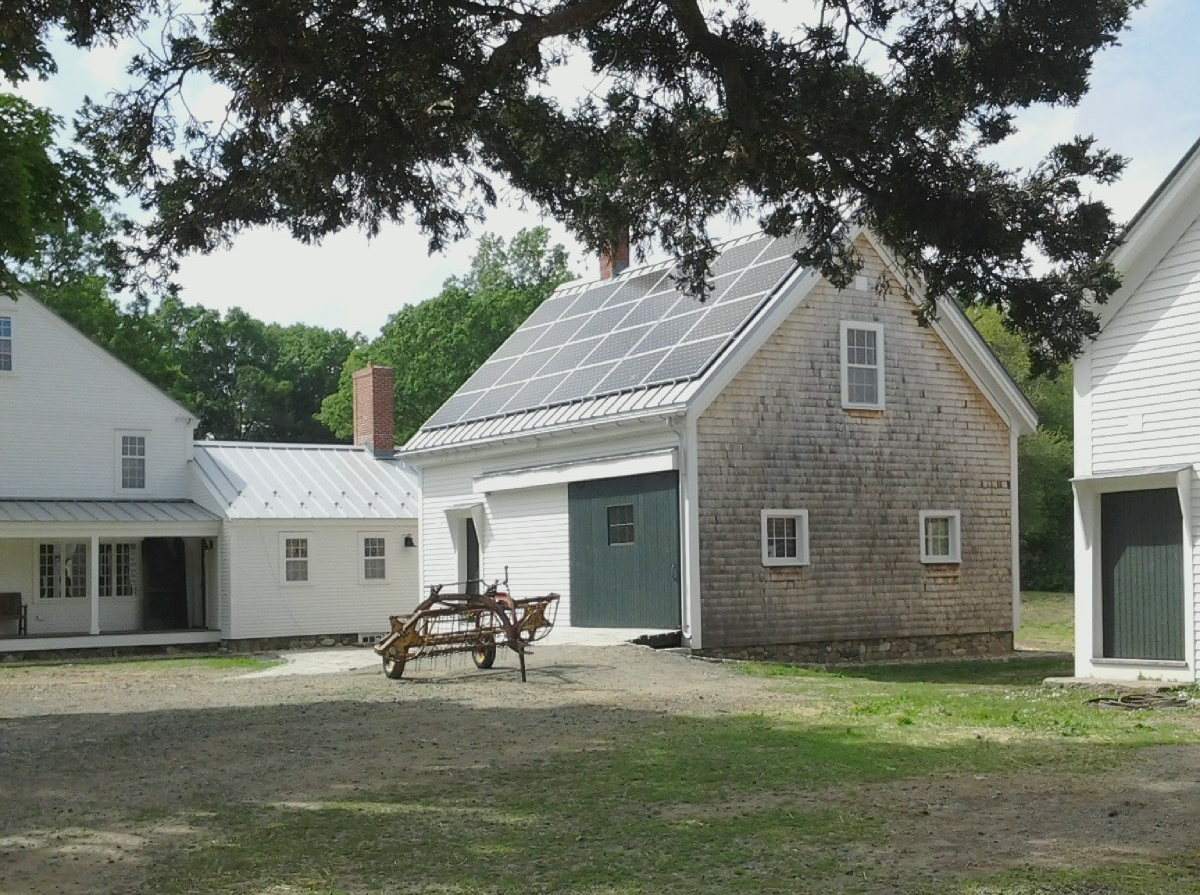 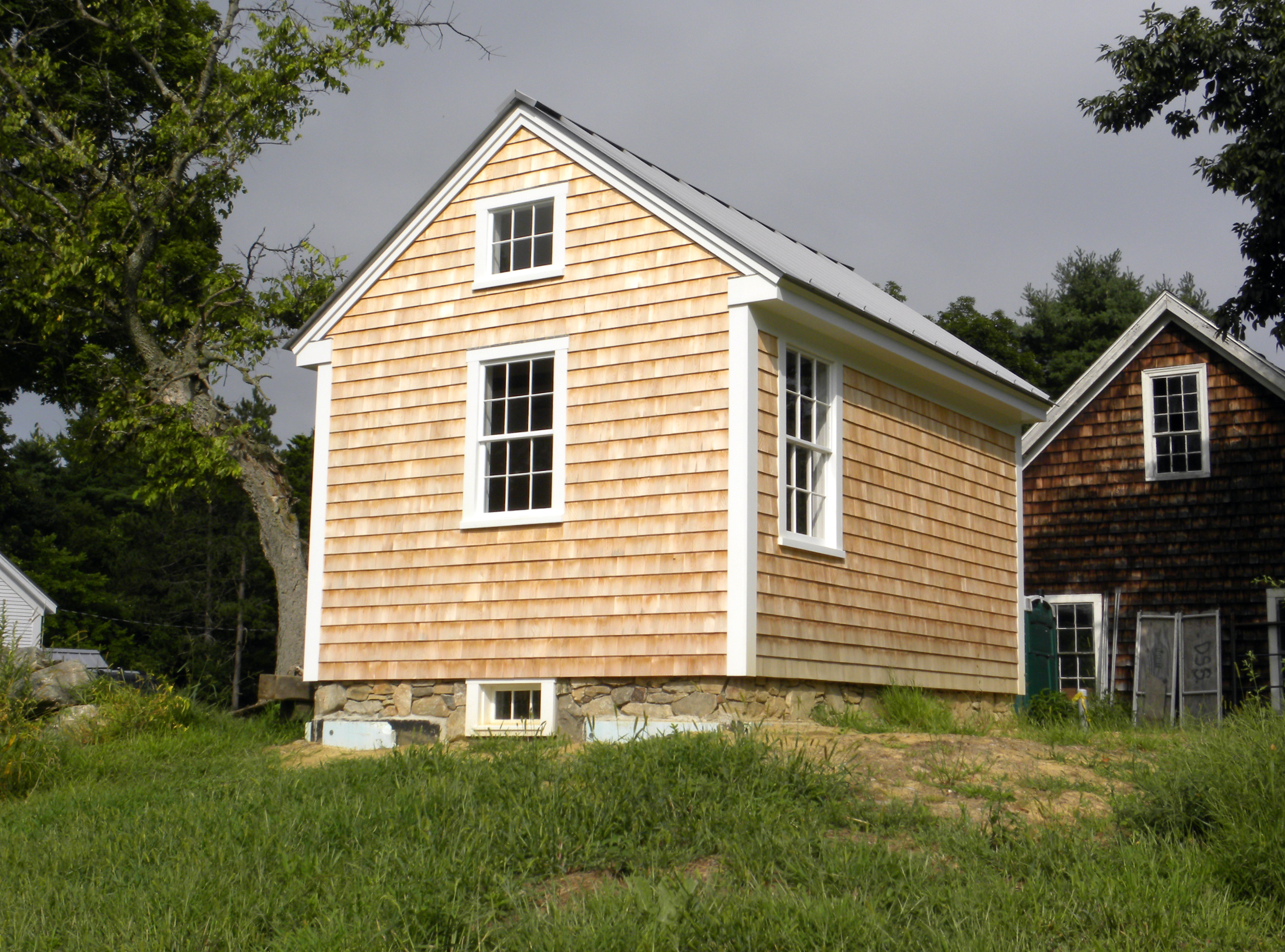 The utility shed is located directly opposite the carriage house. It is believed to have been moved to that location in the late 1800’s. It served as a well house and was incorporated with a windmill. After the arrival of electricity to the farm in the 1920’s, the windmill was abandoned. Today the utility shed is a working space used for the preparation of herbal products.

The water tower sits atop the hill facing the farmhouse. It is believed to have been mail ordered ca, 1900, and arrived as a kit. It can hold approximately 3,300 gallons of water. Originally water was pumped to the tower from the well house by the wind mill. Today water is pumped to the tower with the help of electricity. During restoration, approximately 60% of the original staves were replaced. The floor was 100% replaced. The iron hoops and the stone foundation are original. The peaked roof was completely rebuilt. 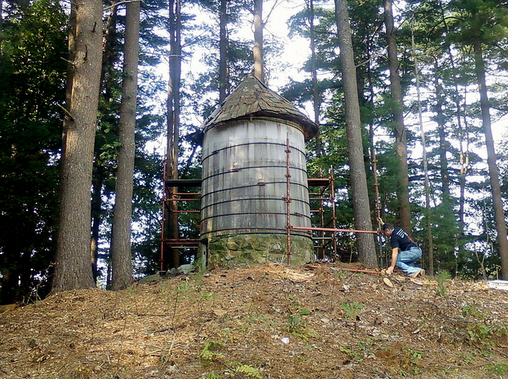 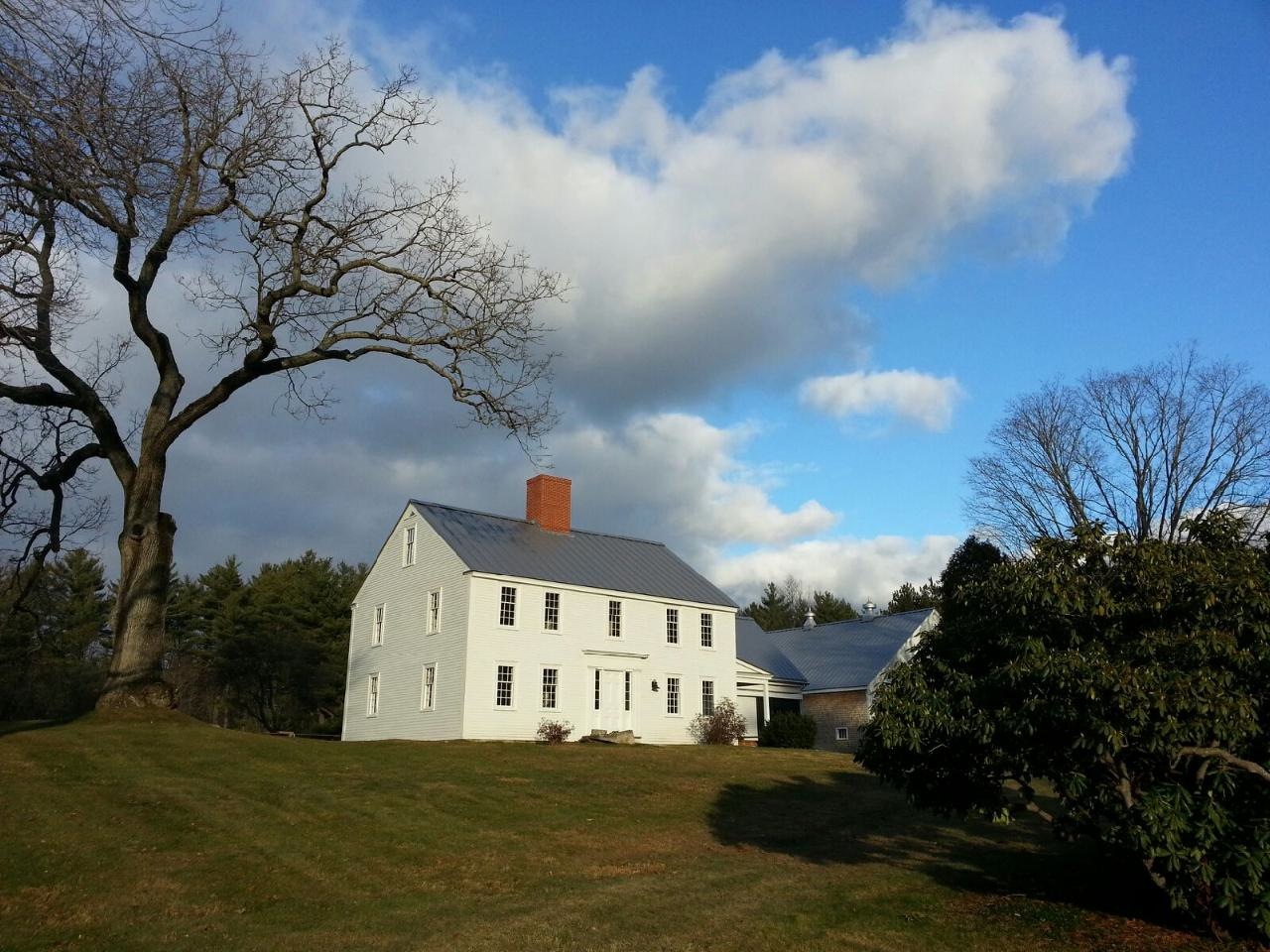 The farmhouse was constructed in 1790 by Asa Towne, a carpenter and the oldest son of John Towne. It is a fine example of Federal-era construction, with white clapboard, a center chimney, and six over nine windows. The house offers four floors (basement, ground floor, second floor and full attic) which hold three bedrooms, two full baths, a parlor, sitting room, dining area and kitchen. Extensive renovation and repair over the past two years have returned the house to its mid-19th century glory, a period of prosperity for the Towne family.

It pays to drag your feet.