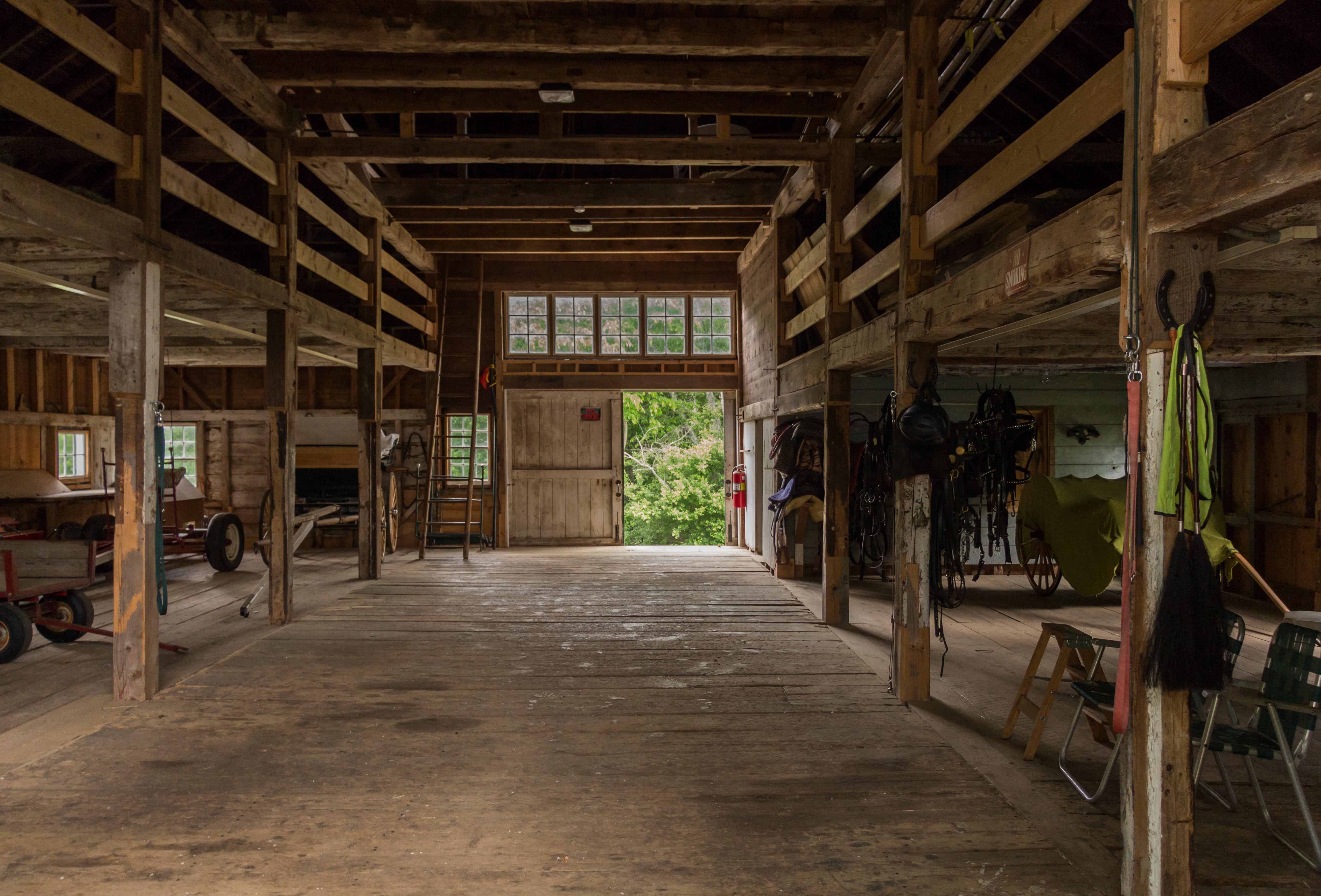 The traditions of the past often have valuable skills that get forgotten or left behind in a cultural amnesia. Timber framing is one example, a traditional building method with much to offer current building styles. It uses large timbers to bear the weight of a building.

In the rush to quickly build new homes, we developed a “modern” style of building that uses a great deal of dimensional lumber (two by fours) to uniformly support the weight of a house. It is a simple way to construct a house, but it has detriments. Dimensional lumber is thin and easily affected by rot or strong weather. In the case of serious damage, this style of house (called stick framing by timber framers) is difficult to maintain because it can become dangerously weakened and be difficult to support while restoring. When combined with an approach of speed over quality, many modern homes need serious renovations after two decades. 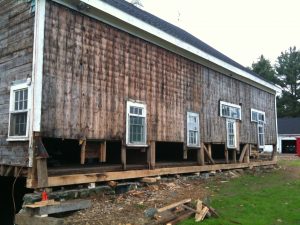 The restoration of the ifarm barn. Notice the relatively few load-bearing posts along the wall.

By contrast, timber frame homes are usually built to last around two centuries. They are stronger and much easier to maintain because the load-bearing timbers are fewer, more rot resistant, and simpler to replace.  It is also far more efficient to use large timbers for building, because cutting a tree into dimensional lumber creates waste.

Arron Sturgis, owner of Preservation Timber Framing and an important part of our historic restoration, believes in the importance of longevity. “Many modern building systems are called ‘Maintenance-free,’ but really are so complex you can’t maintain them. Over twenty years, they may be fine, but not on any real timescale. In today’s building style, we want fast and quick. And we don’t think of maintenance. The investment is much longer, deeper and more heartfelt, at ifarm or any well-constructed timber frame.” This kind of longevity and simple maintenance was exactly what the family farmers of New England were looking for. 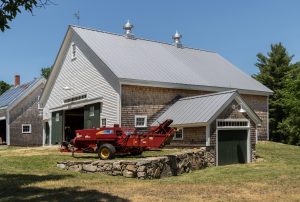 The buildings at ifarm show a rare timeline of New England timber framing traditions. As the Towne farm grew and the family added new buildings, the construction styles evolved with the trends of the time. The older farmhouse and sections of the barn have elements of “Scribe Rule” framing. This method was developed in England and was popular with early Americans. It is a technique for fitting together the irregular lumber that was common in England. The builder did not use many measurements, instead fitting each frame together by customizing individual pieces to bring the whole to level. Each piece had to be scribed with markings so builders would know where everything belonged.

Obviously, this process was labor intensive and made each piece totally unique. When the colonists realized they had access to pristine woodlands with large, straight lumber, they began developing the “Square Rule” method. This technique shapes lumber to be as uniform (or square) as possible. In this way, framers could create timber-framing kits that had many similar and interchangeable pieces. When the Towne family added to the barn (to house more animals) and farmhouse in later years, they used the Square Rule style.

Our restoration was mostly completed in 2013, preserving the history locked in the different framing styles of the property. We were very happy with the end result! There is a solidity and security within timber frame structures that isn’t present in more modern homes. Arron Sturgis was inspired by this sense when he chose to pursue timber framing.
“There is an aesthetic beauty to timber framing that nothing else compares to. You can walk into a structure and feel a sense of strength and time. We don’t get that in modern buildings, we don’t look for it or expect it. To me it is partly a quality of life decision. If you are going to put money and time into construction, why not build a space that gives that kind of satisfaction?”