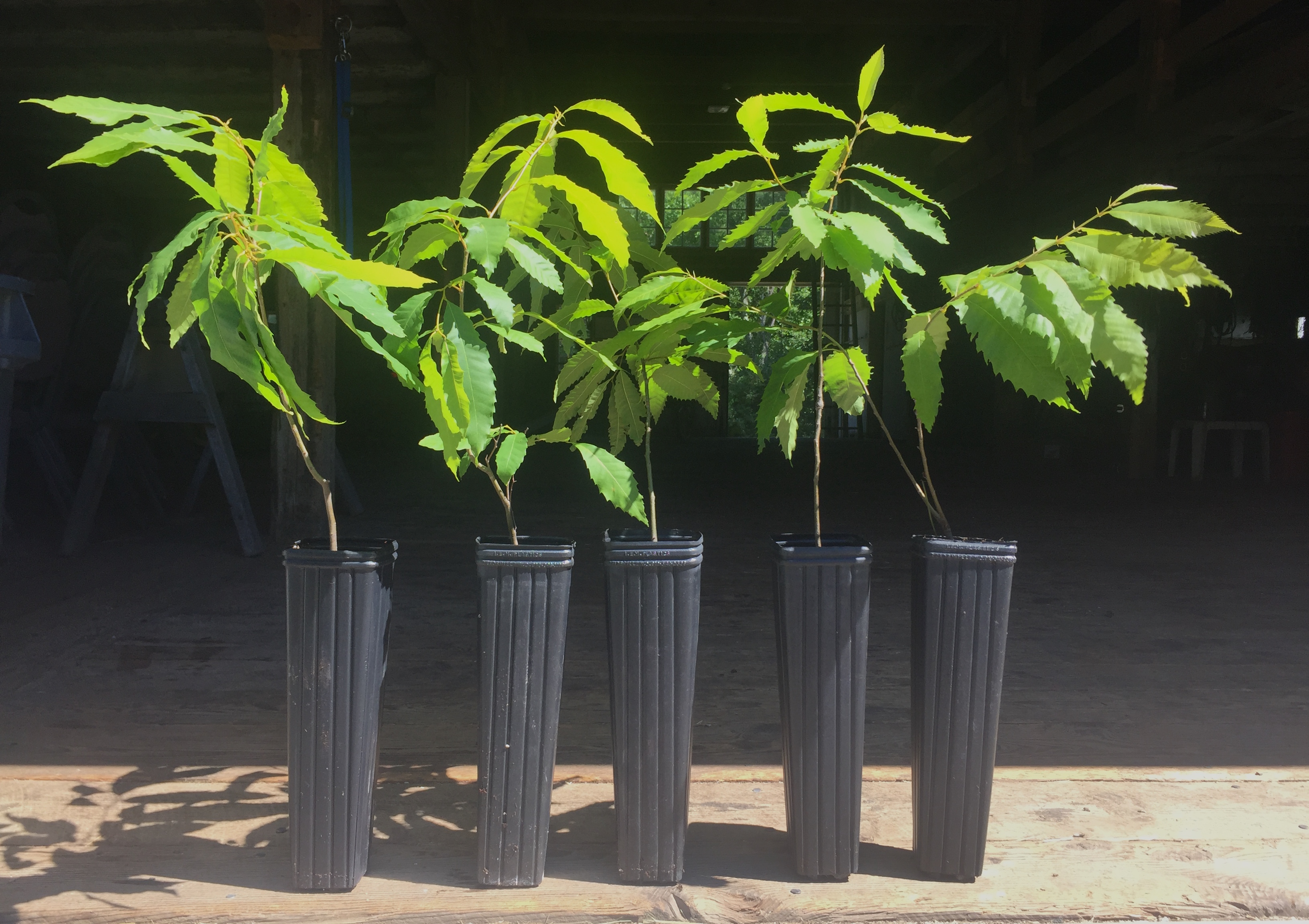 Posted at 10:00h in Blog by Claire Hopkins
0 Likes
Share 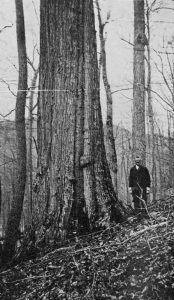 The Plight of the American Chestnut

The Eastern United States was once dominated by American Chestnuts. They were an essential part of forests; their seeds fed a huge variety of wildlife and their resistance to frost established them as a reliable and hardy tree. Economically, they were used for their edible nuts, and their wood was a valuable resource for buildings and railroad ties.

This changed with the introduction of the chestnut blight from Asia. Cryphonectria parasitica is a fungus that spreads through spores in the air. These spores enter wounds on trees, and then grow quickly under the bark. The fungus releases toxic compounds, and also girdles the tree; it strangles it so that all parts of the tree above the fungus die. It was introduced around 1904, likely from Japanese chestnut trees in nurseries. By 1940, the blight had killed billions of American Chestnut trees across the country. (x, x)

Hybridization as the Solution

The chestnut blight was so devastating because American Chestnuts had never encountered the fungus before, so had no immunity. Chestnuts from China and Japan, however, have been living with this disease for centuries, so have a higher resistance. To take advantage of this, the ACF has crossbred the American Chestnut with these more resistant varieties, to produce a hybrid that contains roughly 75% American Chestnut genetic material, but still carries the Chinese blight resistance. The ACF has planted over 20,000 of these trees across the country.

We will be working with an ACF volunteer to select a site at ifarm for our lovely seedlings and plan their care. The first three years of these trees’ lives are critical; they require extensive care and protection. It is an honor to be housing such special plants, and we look forward to watching them grow and sharing their progress with you all.

Keep an eye on our events page for a workshop about these special trees next year.